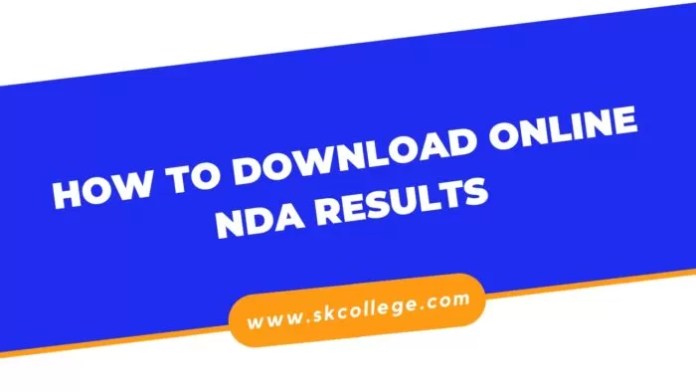 NDA Results The NDA Examination was conducted by the Union Public Service Commission on April 10th, 2022 for recruiting army aspirants for the National Defence Academy.

The examination provides a golden opportunity for all those who wishes to be selected for army and serve the nation.

The NDA Result of the examination is has been declared on May 9th, 2022 The result will be announced online and the applicants will be able to download it from the official website of the Union Public Service Commission.

We would be discussing the following topics in this article:

The candidates who were curiously waiting for their NDA Results can now log into the above given link and check their results as per the following steps:

The cut off mark of the exam will also be made available in the official website by the Union Public Service Commission as soon as the SSB Interview rounds are over.

The cut off marks will be released including the written examination and the interview.

The candidates can compare their marks with the cut off mark so that they can know whether they are selected or not.

The cut off mark is determined on the basis of total marks, total applicants and difficulty of examination.

The cut off mark will also be updated in our website as soon as it is available.

The NDA Merit List will be announced after the results of the SSB interview is declared.

The merit list includes the names of the candidates who get selected for NDA after the interview is over.

The candidates will be shortlisted as per the cut off mark and only those candidate whose names are included in the merit list will be recruited for this post and will be called for document verification.

The result of the written examination of NDA Exam has already been declared by UPSC and the aspirants can know their NDA Results by above said method.

The result includes the names and roll numbers of the shortlisted candidates who have been selected for SSB interview.

The selected candidates should register their names within 2 weeks from the date of announcement of the NDA Results.

The Service Selection Board conducts the interview of the NDA aspirants.

The candidates will be required to submit their original documents as required. The date for the interview has not been announced yet.

We will update the date in this website as soon as the date for the interview is declared by the UPSC.

The NDA exam is a great opportunity for the candidates who want to join the army and serve for the nation and also for those who are aimed at working in the Government service.

The result of the examination has been released and the candidates who have been shortlisted should apply for the SSB interview without any delay.

We wish the NDA aspirants very best for their future endeavours.

We Hope this article would help you to download your Result of the exam, Merit List and would also help you know more about the cut off mark of the examination.

How to Check B Com Time Table 2022 All University PDF?

How to Check BCA Time Table 2022 All University PDF?