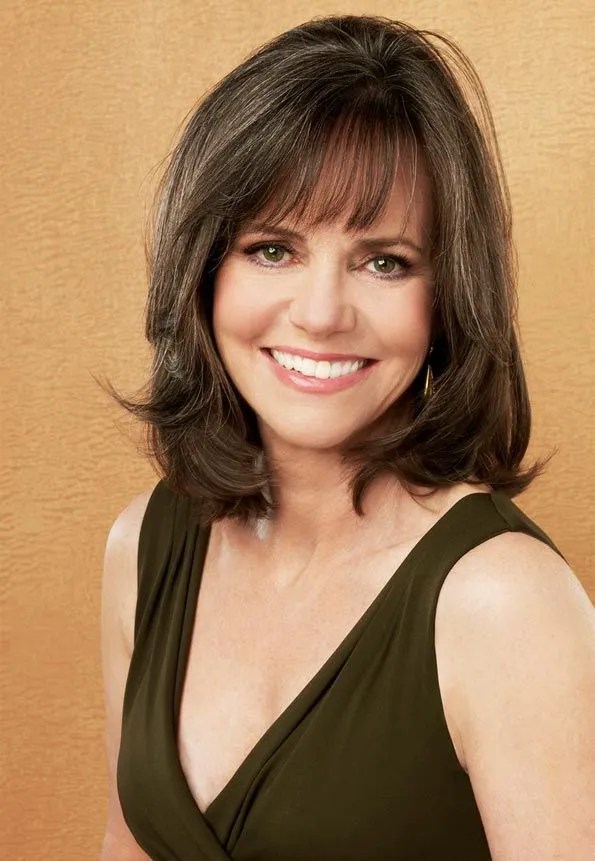 Based in the United States, Sally Field is a very popular and beloved actress as well as a film director.

She is recognised for her extraordinary performances in a large number of diverse movies and T.V. Shows.

Since her first appearance in 1965, Field has created a massive fan base for herself.

She has won various awards and recognitions that also include a couple of Oscars. Her charming and endearing talent is quite evident in all her prominent works.

Sally was born on 6th November 1946. She started her career in acting through television where she played the lead role in a few comedies.

Her first couple of works includes “Gidget” and “The Flying Nun”. Apart from the Oscars, she has also won various other awards for her works in the movies as well as T.V.

Her first couple of Primetime Emmy Awards was for her performances in “Brothers and Sisters” and “Sybil” respectively.

Later, she went on to win one more Primetime Emmy Award, a Cannes Film Fest Award, and a couple of Golden Globe awards among others. She was also nominated for the Tony Award.

Here are some quick facts that will help you to know Sally Field better:

Sally was born in Pasadena, a city in California, U.S. Her father served as a commander in the Army whereas her mother was also a part of the film industry.

Her brother Richard Field is a famous academic as well as a physicist.

There she took an active part in various extracurricular activities including cheerleading, drama, comedy, and others.

She was also an attendee of a theatre workshop organized at the famous Columbia Studios. She had been invited to give auditions there for the female lead role in “Gidget”.

Gidget was a famous television series that went on air in 1965. The show was only one season long, however, it was a remarkable starting point for Sally’s upcoming acting journey.

She became an extremely popular face among the fans. A large number of viewers, especially teenagers, started looking up to her.

As much so that when Gidget went on air again, it bagged exceptionally good reviews and ratings.

Now that you have looked at the quick timeline, let’s go through the acting and directorial journey of Sally Field in detail.

Sally Field has been wedded twice. Her first marriage was in 1968 to Steven Craig which lasted a good five years. With Steven, Field had a couple of sons namely Eli and Peter.

In 1984, Sally was once again married to Alan Greisman who was a notable movie producer. Their marriage lasted exactly a decade and with him, she had one son called Samuel.

Between the two marriages, Sally also dated Burt Reynolds for four years. Since then, there haven’t been many updates on her love life.

What makes Sally Field so special?

Apart from her contribution to the American film industry, Field has also offered so much more to this world and everyone around her. Let’s have a look at everything else that makes her so special:

Sally Field is a popular name in the American film industry. She has not only gained but also contributed so much with the acting skills that she has now reached a place where not many people can.

Apart from her official recognitions, honours, and awards, Sally has also established a massive fan base for herself and rightly so.

We hope that this article gave you a good insight into the life of Sally Field. Make sure to check out more posts on our website if you wish to learn more about such influential people.

Q: Who is Sally Field?

A: Sally Field is an American actress and director. She has had a long and successful career in both film and television, winning multiple awards for her performances, including two Academy Awards, three Primetime Emmy Awards, and two Golden Globe Awards.

Q: What are some of Sally Field’s most notable roles?

A: Some of Sally Field’s most notable roles include: